Addiction as “I like this very much”, not as “I can’t live without this game.”

As a Linux user it’s amazing how far Wine has gone this past year. Back then when Path of Exile came out I barely could play it, and gave up on it after about an hour. Now I have several hours in the game and I enjoy it very much.

Path of Exile is a free to play action RPG, which is similar to Diablo or Torchlight. The game is completely free to play, you can download the installer from the official site or Steam. PoE connects to servers so probably you need an active internet connection to play it. 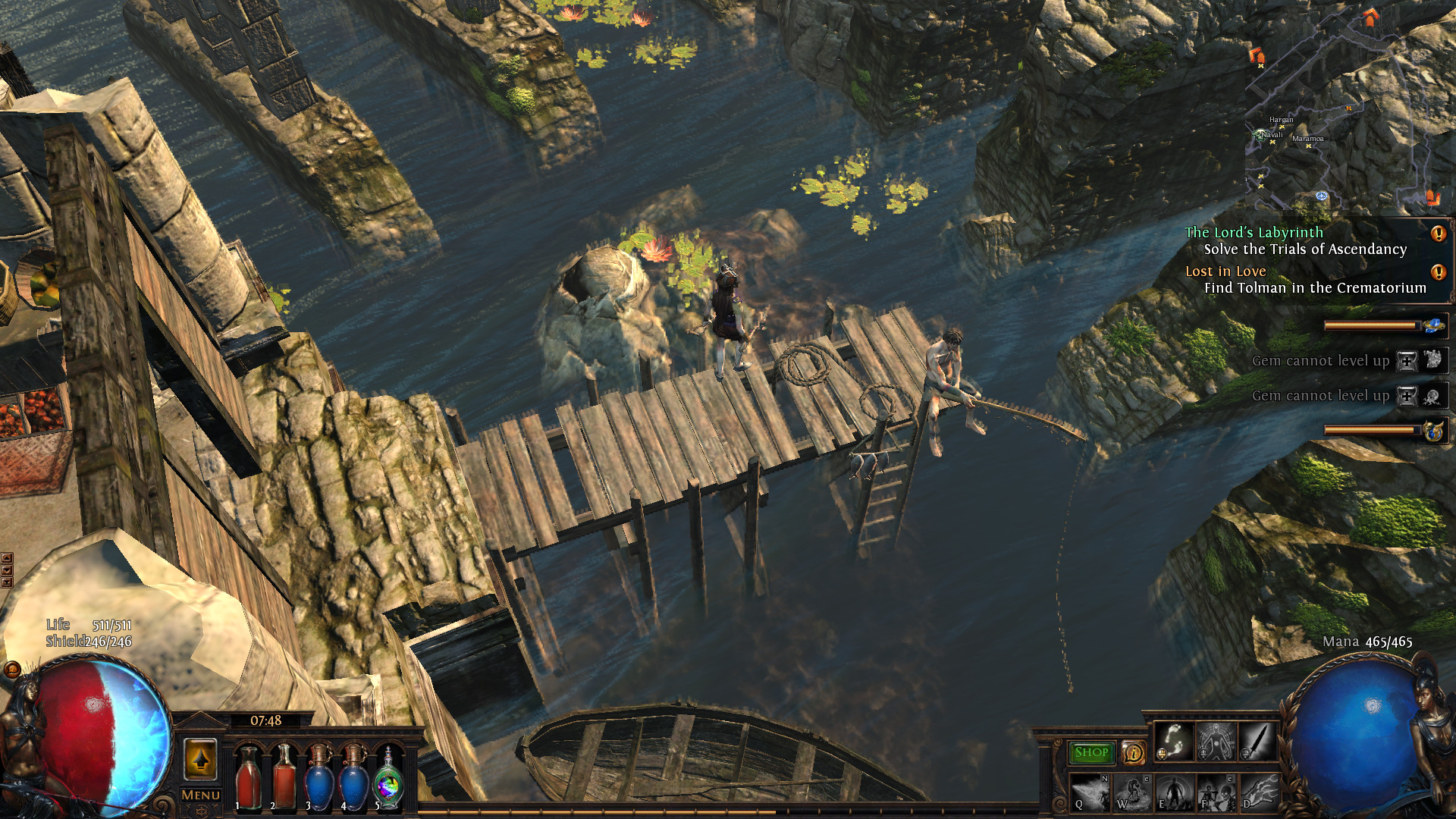 The game has just reached the 3.0 milestone with a new expansion. While it is free to play, the quality rivals with Diablo easily and many of the fans consider it the spiritual successor of Diablo 2. I don’t know about this, since I only played the original Diablo and the Torchlight games. I usually get bored pretty quickly with any action RPG title.

PoE is a pretty game, very detailed in graphics, the voice acting is really good too. So far I am at Act III (and there are 10!), and I think this is the best action RPG I’ve ever played.

Gameplay wise there are some differences compared to Diablo. There are active abilities in the form of gems which you can put in many of the items (weapons, armors, boots, etc.) to use. And there are passive abilities with a giant skill tree that you will probably never discover only through many-many playthroughs. There is no gold to trade, but there are tradable items (including portal and identify scrolls) which you can buy item with. 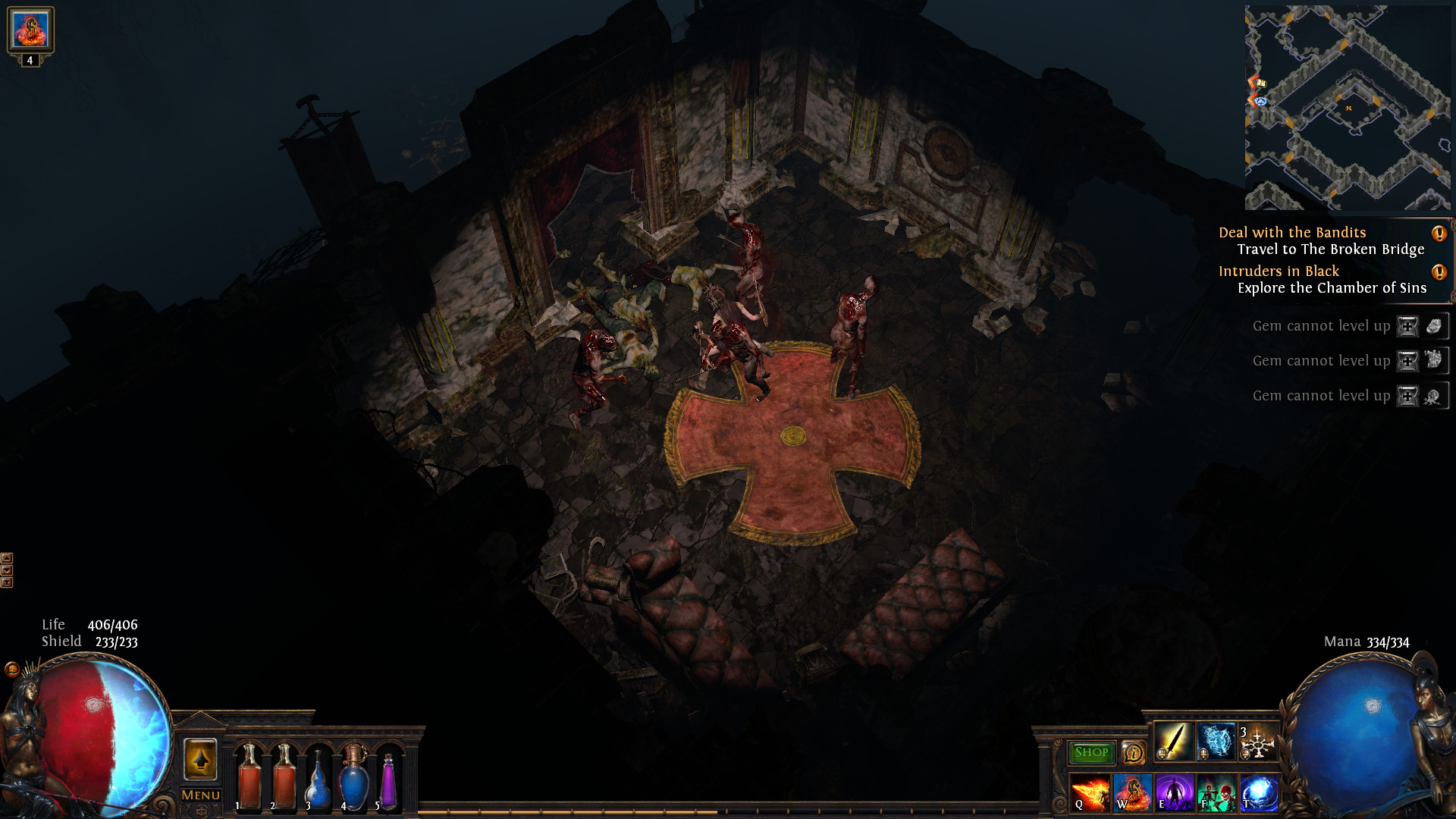 So far the most enjoyable character for me is the witch. I like melee characters, but for some reason I wanted to try out something different. So I now shoot fireballs and raise zombies/skeletons. There are many characters with the usual stuff: melee, wizard-type, ranger, etc.

The game is free to play, but the devs smartly put in microtransactions, which are only cosmetic stuff. There are bigger packs, which you can support the devs with. I think however that the microtransactions are a little pricey for me.

My biggest problem with PoE so far is the frequent disconnects. Annoying, but you can log back in quickly and the game has a good autosave system, which at least saves your stuff you had on yourself. I recently started to experiment with different servers to solve that problem.

How to install Path of Exile with Wine on Linux?

Really easy to do. Use a 32-bit Wine prefix to install the game. I use the install from devs site, so I don’t have to deal with Steam at all. The game has an in-game achievement system, so if you want to hunt them, you can still do it.

Path of Exile has no official Linux support, but there is an article on the official PoE wiki, which can be helpful for PlayOnLinux users. I however recommend normal Wine prefixes and I installed the stuff based on the wiki above.

After downloading the installer, create the prefix with the following command in terminal:

With this you will setup a separate Wine for PoE only. I recommend to switch it to Windows 7 and a virtual desktop (same as your real screen resolution).

After this you need winetricks with following command:

After it finished I just entered into folder where the setup file is for PoE and run it. Since I don’t have a beefy machine I needed a long time for installation.

You can create a profile on the official site, or in the game client.

Note: the screenshots are low resolution, because I have a potato machine. The game is really detailed and beautiful for the genre.